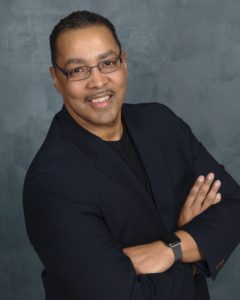 William D. Brown is a CEO, serial entrepreneur, public speaker, and community leader who has founded and funded companies for over 25 years. He is the author of “Harvest Time: What’s That All About?” and is a mentor to award-winning Fortune 500 executives, entrepreneurs, and performing artists.

Brown is the Co-Founder of Livv Younique, LLC., a full-service salon headquartered in New York City; Founder of SeKur Technology, Inc., a cybersecurity technology company; Chairman and CEO of a NYC-based non-profit organization with over 20 years of service to the community; and Founder of Mentorship Platform Vision Buildaz.

Born and raised in the urban streets of New York City, he would often share his dreams and visions of success, and took the necessary steps to achieve his goals. As a result, he holds titles such as Founder, CEO, Mentor, Public Speaker, Community Leader, and Author. In everything he pursues, Mr. Brown introduces an entrepreneurial spirit with the aim of inspiring and creating opportunities for others.

Currently, the CEO and Director of Diversity, Equity, and Inclusion (DEI), Mr. Brown co-founded FIA NYC, LLC. Employment Services in 2012, a Lehigh-Valley based staffing agency. As an expert in DEI, he has been invited to speak on various business panels, summits, and podcasts to provide strategies for combating the inequities found in today’s workplace.

He credits his 20 years of information technology experience as his initial launch into financial success. He has worked for several global banks and founded SeKur Technology, Inc.

Mr. Brown has invested in many small businesses, entrepreneurs, and real estate, both financially and as a partner. In 2020, working with one of his mentees, he co-founded Livv Younique, LLC., a full-service salon based in New York City.

As a community leader, he has served for over 20 years as the CEO of a non-profit organization empowering youth and adults all over the U.S. In 2010, he helped establish a food outreach program in New York City that actively feeds hundreds of families weekly.

Mr. Brown took his 20+ years of experience as a mentor and launched Vision Buildaz, a virtual program that provides guidance in realizing purpose and fulfilling destiny.

Wanting to share his passion for individual empowerment, he wrote and published the book, “Harvest Time: What’s That All About?”, outlining the 9 major principles in his journey from lack to wealth and success.

Our virtual meetings are held monthly on the last Sundays.

You can register in advance for this meeting. After registering, you will receive a confirmation email containing information about joining the meeting.

We use cookies on our website to give you the most relevant experience by remembering your preferences and repeat visits. By clicking “Accept All”, you consent to the use of ALL the cookies. However, you may visit "Cookie Settings" to provide a controlled consent.
Cookie SettingsAccept All
Manage consent

This website uses cookies to improve your experience while you navigate through the website. Out of these, the cookies that are categorized as necessary are stored on your browser as they are essential for the working of basic functionalities of the website. We also use third-party cookies that help us analyze and understand how you use this website. These cookies will be stored in your browser only with your consent. You also have the option to opt-out of these cookies. But opting out of some of these cookies may affect your browsing experience.
Necessary Always Enabled
Necessary cookies are absolutely essential for the website to function properly. This category only includes cookies that ensures basic functionalities and security features of the website. These cookies do not store any personal information.
Non-necessary
Any cookies that may not be particularly necessary for the website to function and is used specifically to collect user personal data via analytics, ads, other embedded contents are termed as non-necessary cookies. It is mandatory to procure user consent prior to running these cookies on your website.
SAVE & ACCEPT